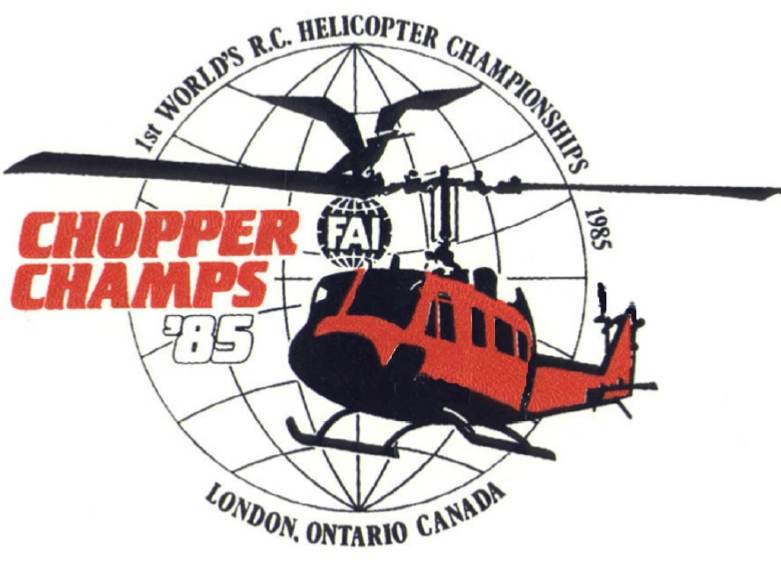 This, the first ever F3C World Championship was initiated by Mr. Walter Knaus (Chairman) and Mr. Nick Mechaus (President) of the Canadian A.M.A. And we should all thank them for 'getting the ball rolling'.
The event started with practice on a Sunday, at a last minute change of venue, in the rain on a decidedly muddy field (part of which had just been removed - it was a turf farm!).
The first round was flown on Tuesday morning in glorious sunshine.
For this event the schedule had optional choices depending on the pilots preference of hovering or aerobatics.
The winner, Mr. Shigetada Taya (Japan) chose the hovering biased approach.
In all 37 pilots competed, most notably Pedro Caldentey (Spain), who turned up having never done a roll, a loop or a split S. He flew his Schulter Helistar attempting all maneuvers with tremendous success! He even autorotated for the first time - he was the star of the show.